Forvo is a new website where you can find a huge array of words pronounced in their original languages. Native speakers can upload their own pronunciations — it's "crowdsourcing" at its best.
Topics: Vocabulary Online Language Words
If you've been keeping up with the news about the Obama transition, you might have noticed an awful lot of "czar" talk. From "health czar" to "climate czar" to "urban affairs czar" to "technology czar" to "copyright czar," it seems like there's a czarship for every policy area in the new administration. And even though the proposal for a "car czar" stalled on Capitol Hill, expect that pirate-friendly rhyme to make headlines again in 2009. Continue reading...
Topics: Vocabulary Word Origins Politics Words
My mention earlier this week of the word gerrymander (after Massachusetts Governor Elbridge Gerry, blamed for the tortuous redistricting in his state in 1812) inspired some free association. One commenter posited a connection to the jerry of jerry-built ("shoddy; of inferior workmanship and materials"), though it turns out that word only shows up about half a century after Gerry first gerrymandered. Jerry-built, in turn, led another reader to wonder, "What about jerry-rigged? I've heard that it's really supposed to be jury-rigged." Continue reading...
Topics: Word Origins Vocabulary Words

The trans-Atlantic words of the year have been selected on the Separated by a Common Language blog. Best American-to-British import is meh, and the best British-to-American import is vet (the verb). Read all about it here (and read our own discussion of meh here and vet here).

Topics: Vocabulary Blogs Language Words
Every now and then, a prominent person achieves so much notoriety that his or her name enters the language as an eponym. Massachusetts Governor Elbridge Gerry gave us gerrymander, after carving a salamander-shaped electoral district that favored his party in 1812. Major Vidkun Quisling was a Norwegian officer who collaborated with the Germans during World War II, so quisling came to mean "a traitor to one's country." And when Robert Bork's nomination to the Supreme Court was quashed in 1987, it was said that he got Borked by his opponents. Now there are a couple of names in the news that just might lend themselves to new eponyms. Continue reading...
Topics: Vocabulary Politics Words

Last week, Visual Thesaurus contributor and New York public school teacher Shannon Reed shared some experiences about the richness of student slang that she had encountered. Here is a counterpoint to Shannon's piece, from a new member of the VT sales staff, Elissa Seto. Before joining the VT team Elissa taught science at an urban middle school in the South Bronx. While a fan of slang, Elissa is also concerned about how student reliance on nonstandard speech may be symptomatic of what educators call the achievement gap. Continue reading...
Topics: Vocabulary Teachers Usage Teaching 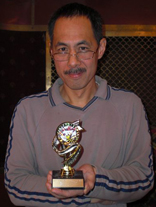